May 8 marks the Feast of Julian of Norwich.

A primary image related by Julian is of a hazelnut: 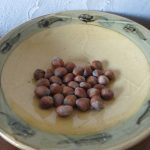 “And in this he [Jesus in her vision] showed me a little thing, the quantity of a hazel nut, lying in the palm of my hand, as it seemed. And it was as round as any ball. I looked upon it with the eye of my understanding, and thought, ‘What may this be?’ And it was answered generally thus, ‘It is all that is made.’ I marveled how it might last, for I thought it might suddenly have fallen to nothing for littleness. And I was answered in my understanding: It lasts and ever shall, for God loves it. And so have all things their beginning by the love of God.”

In this little thing I saw three properties. The first is that God made it. The second that God loves it. And the third, that God keeps it.”

Read more on the website of the Julian Centre located in Norwich, Norfolk, United Kingdom, where Julian (likely not her actual name, but the name of the local church) lived and wrote.

The church and cell where Julian worshipped and lived have been reconstructed on the site in Norwich and provide a destination for pilgrims from around the globe. 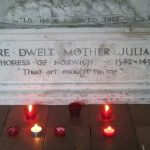 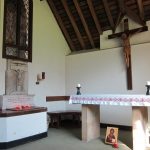 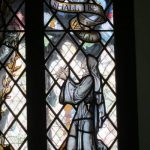 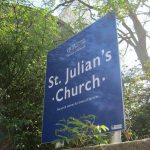 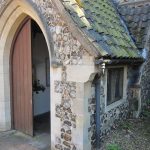 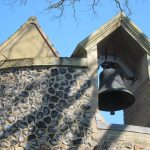 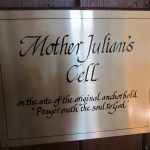 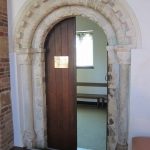