Images of saints, past and present, are used to help children identify and appreciate people who are ‘saints’, who use their life to make the world a better place.

The iconography of Robert Lenz provides numerous portraits of what he calls “marginalized heroes” –both traditional saints and modern figures who might be considered saints of their day.

Children’s Message for All Saints Day – pdf download
Steps for getting ready...

Print out pictures of “saints” on white paper or card stock and then cut them out.

The best source of “saint icons” I have found are by Br Robert Lentz OFM on his website.

Script  (Adjust to your setting.)

What day is today? -- an introduction to All Saints Day

Good morning! It’s so good to see all of you.

Today is a very special day. Does anyone know what today is?
(the day after Halloween; Sunday; my birthday; ALL SAINTS DAY)

It is all of those things! I want to talk to you about All Saints Day. Now, what’s a saint? Any ideas? Field ideas.

A saint is a person who knows God and teaches other people about God. They are people who work to make the world a better place. And saints are usually people who have already died.

There are all different kinds of saints.
Some saints are people from the Bible….. Lay out Saint Joseph, St Mary Mother of Jesus, Saint Mary Magdalene, St Peter & St Paul and St Peter cards.

Some saints lived a long time ago….. Lay out St Francis, St John of the Ladder, St Teresa of Avila, St George and the Dragon, St Joseph the Worker

And some not so long ago at all…. Mother Teresa, Martin Luther King Jr, Alfred Dale (my grandfather), William Coltrane

Saints do all kinds of different things – some are carpenters, or musicians, nurses, teachers even parents…. St Joseph the worker and William Coltrane

Some saints died because they were standing up for what they believe….. Oscar Romero, Mahatma Gandhi, Joan of Arc

Let me tell you the stories of two saints – one who lived a long time ago, and one who lived not so long ago….
Tell the two stories you have chosen – one about someone you love who’s died recently.

Let’s pray. God, thank you for all of the people who teach us about you and about your love. Thank you for the saints from long ago and especially the saints in our families and our community who have made the world a better place. Amen.

Saint Stories
I like to include a couple familiar figures, a couple less recognized figures, and one or two personal figures, either from my family or my community.  The iconography of Robert Lenz provides great images to use and inspiration for “marginal heroes” to include.  Wikipedia can be a useful source for short biographies.

Francis of Assissi … “a man of peace, a man of poverty, a man who loved and protected creation,” who choose poverty over riches, peace over power.

Pope Francis revealed why he had chosen his name saying, “When it became clear the cardinals had elected him Pope, he said, Cardinal Hummes “embraced me and kissed me and said: ‘Don’t forget the poor’… and that struck me… the poor…Immediately I thought of St Francis of Assisi. Francis was a man of peace, a man of poverty, a man who loved and protected creation.”

Joan of Arc … is considered a heroine of France for her role during the Hundred Years War against England. In response to visions and voices she believed to be angels, she joined the French army. She was captured by the English and was burned at the stake in 1431, only 19 years old.

Joan of Arc listened to God and was able to help the people of France escape from the English. She was even willing to die to free people.

Mother Teresa/Teresa of Calcutta
Mother Teresa was born 105 years ago in Europe. When she was a young woman, she became a nun and moved to India. In India, she saw that many people died with no money, no family, nothing to eat and nowhere to stay. So she started a house where dying people could live and die in safety and peace. This one house grew into lots of houses and many other men and women came to help her care for the dying.

Mother Teresa helped love and take care of people who had no one else.

Mahatma Gandhi…
Born and raised a Hindu in India, Gandhi was trained in law in England. Gandhi first employed nonviolent civil disobedience in South Africa, in the resident Indian community’s struggle for civil rights. After his return to India in 1915, he organized peaceful protests against unfair taxes and discrimination. In 1942 he was imprisoned by the British in both South Africa and India.

Gandhi attempted to practise nonviolence and truth in all situations, and advocated that others do the same.

St George Story (long, so if used, might be at the exclusion of others)
One thousand and seven hundred years ago, in the time of the Roman Empire, there was, just outside the City of Cyrene in North Africa, a large stagnant, smelly pond. In this pond there lived a dragon. Whenever the dragon breathed on a person or an animal, they died on the spot. At first the dragon breathed on all the sheep that lived in the fields around the city. Then he started to attack the people, and threatened to kill them one and all.
The people of Cyrene had no choice but to come to terms with the dragon. They agreed to give him one person every month, so long as he left the others alone and unharmed for the rest of the time – but how were they to decide which person to sacrifice?

The king ordered that the names of every citizen should be scratched onto pieces of pottery, and kept in a great urn. Each month, one of the names would be drawn out of the urn, and that person would be given to the dragon. In this way men and women, both rich and poor, were chosen to be fed to the evil beast.

Then one day, the name of the princess was shaken out of the urn. According to the King’s own law, his daughter must be sacrificed. He called the people together and offered them gold and treasure if only they would agree to spare her from the dragon, but the people refused.

A week went past, and the day arrived when the princess must meet her fate. The palace servants got her ready and led her out of the city in a procession, and headed for the lake where the dragon lived.

As they were on their way, a Roman soldier came riding up to the city. His name was George and he was a Christian from Cappadocia in Turkey. George stopped and asked what was happening.

A citizen replied, “Because according to the law, her name was drawn, and she will be the dragon’s next victim.”

George immediately replied, “If that really be the case, then let me slay the dragon.”

The citizens warned him that nobody stood a fighting chance against such as ferocious, plague-breathing lizard, but George was determined to save the princess.

The people tied her to a tree by the lake, and left her to meet her fate. George saw the dragon emerge out of the swampy waters, and he charged up on his horse and flung his spear into its shoulder. The dragon let out a piercing shriek. George struck the dragon again, this time killing it. When the people saw the princess and George returning to their city unharmed, the people knew that from then on they could live safe and unharmed.

St George had the courage to face the deadly dragon and to save the King’s daughter and the whole town.

Saint Kateri Tekakwitha (pronounced [ˈɡaderi deɡaˈɡwita] in Mohawk), given the name Tekakwitha, baptized as Catherine and informally known as Lily of the Mohawks (1656 – April 17, 1680), is a Roman Catholic saint who was an Algonquin–Mohawk laywoman.   Born in the Mohawk village of Ossernenon, on the south side of the Mohawk River, she contracted smallpox in an epidemic; her family died and her face was scarred. She converted to Roman Catholicism at age nineteen, when she was renamed Kateri, baptized in honor of Saint Catherine of Siena. Refusing to marry, she left her village and moved for the remaining 5 years of her life to the Jesuit mission village of Kahnawake, south of Montreal in New France, now Canada.

Upon her death at the age of 24, witnesses said that minutes later her scars vanished and her face appeared radiant and beautiful.Sshe is the fourth Native American to be venerated in the Roman Catholic Church and the first to be  canonized.  For more information: Kateri Tekakwitha 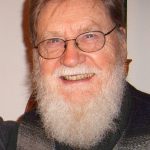