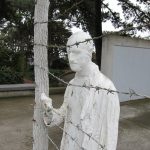 Observances around the World

Many countries have adopted 27 January, the date designated by the United Nations as International Holocaust Memorial Day. Auschwitz-Birkenau, the largest Nazi concentration and death camp, was liberated by Soviet troops on 27 January in 1945.

The UK has adopted this date, and has expanded the commemoration to include victims of all genocides including Cambodia, Bosnia, Rwanda and Darfu.

Israel and the USA  have adopted a date from the Jewish calendar, the 27th day in the month of Nisan (23 April 2017).

Click here for information dates observed in your country and elsewhere.

Holocaust Memorial Day  (27 January) is a national commemoration day in the United Kingdom dedicated to the remembrance of those who suffered in The Holocaust, under Nazi Persecution, and in subsequent genocides in Cambodia, Rwanda, Bosnia and Darfur.  The theme for 2017 is “How can life go on?”  For educational ideas to use, click here.

The Statement of Commitment for Holocaust Memorial Day in the United Kingdom is a simplified version of the Stockholm Declaration which includes a commitment to remember all victims of Nazi Persecution and victims of all genocides. This declaration might be read aloud at a commemoration event.

Holocaust and Heroism Remembrance Day, Yom HaZikaron laShoah ve-laG’vurah יום הזיכרון לשואה ולגבורה    is known colloquially  as Yom HaShoah (יום השואה) and Holocaust Remembrance Day. This day commemorates both the approximately six million Jews and five million others who perished in the Holocaust as a result of the actions carried out by Nazi Germany and its accessories, and the Jewish resistance in that period.  It is marked on the 27th day in the month of Nisan (April/May)— a week after the end of the Passover holiday and a week before Yom Hazikaron (Memorial Day for Israel’s fallen soldiers).  It also marks the anniversary of the Warsaw Ghetto uprising (19 April).  The date was selected by Israel’s Parliament in 1951.

Since the early 1960’s, the sound of a siren on Yom Hashoah stops traffic and pedestrians throughout the State of Israel for two minutes of silent devotion at both sundown and 11:00 am.

Rituals associated with Yom Hashoah vary widely and are still being created for use at synagogues and in homes. Many Jews recite the memorial prayer and light yahrzeit (memorial) candlse in memory of those who perished in the Holocaust.  Yom Hashoah programmes have often featured a talk by a Holocaust survivor, appropriate songs and readings, or viewing of a Holocaust-themed film. Some communities choose to emphasise the depth of loss that Jews experienced in the Holocaust by reading the names of Holocaust victims one after another — dramatising the unfathomable notion of six million deaths.  The overwhelming theme that runs through all observances is the importance of remembering — recalling the victims of this catastrophe, and insuring that such a tragedy never happens again.

Yom HaShoah, the national observance in Israel, begins on:

USA - National Days of Remembrance of the Victims of the Holocaust

The United States Congress established the Days of Remembrance as the nation’s annual commemoration of the Holocaust. Each year state and local governments, military bases, workplaces, schools, religious organizations, and civic centers host observances and remembrance activities for their communities. These events can occur during the Week of Remembrance (March/April), which runs from the Sunday before Holocaust Remembrance Day (Yom Hashoah) through the following Sunday.

The United States Holocaust Memorial Museum offers numerous helpful resources on their website including suggestions for videos, photos, personal histories and more to use in Memorial services.  Click here.

Resources from the Reconstructionist Rabbinical College

The poems are powerful, thoughtful and inspiring.

We Do Not Understand

We do not understand
We cannot grasp six million dead
And if their names were said
Three months we would be standing here.
We are diminished by the hugeness
The intensity of hatred: of fires fanned
And we do not understand.

All, all was swept away
The lives, the way of life,
The scholars, the pious
No sins could be that great, no faults so grave.
They could have, should have left, or could they?
Or was it planned?
And we do not understand.

El Maley Rakhamim for the Six Million - a prayer

G-d, full of mercy, You who dwell in the heights,
Shelter them beneath the wings of Your presence
high among the holy and the pure, who shine
like the brilliant heavens.

Yizkor for the Righteous Gentiles by Beit Tefilah Israeli

who have placed their own lives in danger

for the sake of our persecuted and tortured brothers and sisters

and who were as shining stars in the overwhelming darkness of evil.

Those who spoke out at a time of silence,

Those who offered sanctuary and a lease on life in the eye of the murderous storm,

On this most solemn of occasions, we open our hearts, minds, and souls to you.

As we honor the heroes, the martyrs, the survivors, and the victims;

We ask you to soothe our souls, to amplify our memories, to strengthen our resolve, and to hear our prayers.

This meditation speaks ofancestors and future generations to come and was inspired by several biblical passages:

Sit quietly. Relax. Close your eyes. Take a few deep breaths, inhaling and exhaling slowly. As you inhale, imagine that you are breathing in waves of healing energy. Feel these waves flow through your entire body like an ocean of healing light. As you exhale, envision any negative energy—any pain, tension, stress, fatigue—being released from your body, carried away on the soft wind of your breath—carried away on the wings of angels.

To read the rest of Ariel’s meditation click here.

Personal histories of survivors and victims of the Holocaust

The United States Holocaust Memorial Museum provides a set of personal histories that offer a glimpse into the ways the Holocaust affected individuals. Each identification card has four sections: The first provides a biographical sketch of the person. The second describes the individual’s experiences from 1933 to 1938, while the third describes events during the war years. The final section describes the fate of the individual and explains the circumstances—to the extent that they are known—in which the individual either died or survived. In addition to revealing details of the history of the Holocaust, the personal accounts reinforce the reality that no two people experienced the events in exactly the same way.  Click here to access the histories on a pdf.

Resources from the US Holocaust Memorial Museum

Suggestions for videos, historical statements and more are available on the US Holocaust Memorial Museum website.  Click here.

Statement of Commitment for Holocaust Memorial Day in the UK

The Statement of Commitment for Holocaust Memorial Day in the United Kingdom is a simplified version of the Stockholm Declaration which includes a commitment to remember all victims of Nazi Persecution and victims of all genocides. This declaration might be read aloud at a commemoration event. 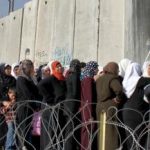 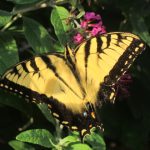 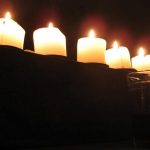