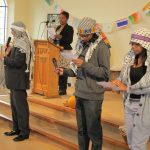 The original script has been adapted by Ana Gobledale, UK, with permission from the author, Ron VandenBurg, Canada*

The drama can stand alone. Optionally, one might add the bookends of an introduction and conclusion to provide an entire message/sermon.  Click here to preview these bookending items, or scroll down the screen.

Full script from start to finish...

Camera person:  [Follows Simon in.]   Camera’s rolling.  We are live!

This is Simon, scribe, for Jerusalem Broadcast News,

reporting live from the Mount of Olives,

where we have some late-breaking news. . . .

There is great excitement here today.

A large crowd has gathered near the Mount of Olives. . . .

Here today near the Mount of Olives,

a large crowd has gathered in preparation

for the day all the Jews have been waiting for.

We have heard reports that Jesus is on his way to Jerusalem.

This follows the unconfirmed reports from Bethany

that Jesus raised someone from the dead.  It’s …

His name is Lazarus.  We saw it.  We were there.

that Jesus has raised a recently deceased man, named Lazarus,

[looks to Phoebe and Marion and Tony, who nod]

This is a great day for Jerusalem indeed,

for it looks like Jesus of Nazareth will come forward this very day,

and proclaim his kingship over all of Judea.

Today we will have a new king.

Once Jesus becomes king, he will unite all the people.

And we will create an army,

that will thrust the Roman dogs out of our land.

He is more like a servant, than a king.

Look at all the people!

How could a servant develop such interest, such a following?

They want Jesus to rule.

Tony: To turn the other cheek.

Tony:  To turn the other cheek.

Jesus says, “If someone strikes you on one cheek,

turn to him, or her, the other cheek also.

If someone takes your cloak,

do not stop them from taking your tunic.”

Marion:         Don’t think that will work to overthrow the Romans.

We all know how cold and cruel those monstrous Romans are!

Can you imagine someone saying to a Roman,

[then, full of sarcasm]

‘Here, oppressor of my people, you want my cloak?

The plan is for Jesus to be the ruler, like a real king,

and to change things for the better.

They are setting up more posts, more crosses,

ready for the next batch of crucifixions.

We need to stop that horrible practice.

Caesar and Pilate seem to revel in torturing others –

Jesus, as our new ruling monarch, will stop crucifixions straight away.

That’s something to look forward to.  [Pause thoughtfully.]

I have to cover this story.  [Turn back to camera]

People are laying down their cloaks on the road, for him to walk on!

of the great military victories to come.

Marion:         Everybody, wave your palm fronds for the camera!

Phoebe:         That fulfills the prophecy of Zechariah:

“Do not be afraid, O Daughter of Zion.

See, your king is coming, seated on a donkey’s colt.”

[face back to the camera]

They are proclaiming the new king, the new royal ruler.

Some are shouting, “Hosanna.

Did you hear that?  “Blessed is the king of Israel!”

[getting more excited] Yes, indeed, this is the day of Love and Hope,

where all Judea will be victorious over its enemies,

just like in the time of old with King David.

Today we are witnessing the fulfilment of God’s covenant promise!

as if what he sees in Jerusalem makes him sad.

[back to reporting] Jesus, pressed by the mob is looking around,

seems to be taking in all the grandeur of Jerusalem.

I think he is about to speak.

Camera person:  Simon, I need you to ID again, please.

We are near the Mount of Olives,

listening in to what may be the coronation speech of our ruler, our next king,

Everyone:   [Eyes get big as you listen to Jesus…look amazed!]

the things that make for peace! …

But now they are hidden from your eyes….

Indeed, the days will come upon you, …

when your enemies will set up ramparts around you and surround you,…

and hem you in on every side….

They will crush you to the ground,…

you and your children within you, …

and they will not leave within you one stone upon another;…

because you did not recognize the time of your visitation from the Eternal One.’

Yes, this is a great start to the Passover celebration.

The streets littered with clothing and palm branches.

As the feast continues, the crowd may play an important role

in the upcoming events of this week.

Join me throughout this Holy Week, here on JBC,

contender for King of the Jews and maybe of all Rome!

This is Simon, in Jerusalem, signing off.

[Turn away from crowd.]

That did not sound like much of a coronation speech, to me.

Did we miss something?

He does not sound like he is going to overthrow the Romans.

But all these people waving palm fronds,

they can’t be wrong.

He must be the Messiah.  He must be our new King!

Surely he will change people’s lives.

He will change people’s lives.  But not in the way you expect.

Things are not what you think!

We have used the following introduction and conclusion to bookend the Sunday Morning Live drama as the ‘sermon’ on Palm Sunday, calling the sermon: Not what we expected!  or  Two Kings: Take your choice!

Pray with me.  God may the words of my mouth and the meditations of all our hearts be acceptable in your sight.  You are our rock and our redeemer.  Amen.

One from the west [point in that direction], from Caesarea by the Sea.

One from the east [point in that direction], from the Mount of Olives.

In one procession, the leader is surrounded by Centurions, soldiers hefting spears.

Columns of defeated enemies chained together trudge behind.

In the other, the central figure is surrounded by an unruly assembly of shouting people, paving the dusty route with their cloaks and tree branches.

Columns of children dance, or so the story goes.

In one procession trumpets blare, and flags fly.

In the other shouts of “Hosanna!”,  “Save us!” rise from the crowd.

The man entering Jerusalem from the west [signify], from Ceasaria,

is met with fearful, downcast eyes.  He proudly rides a great steed, a war horse.

This is the feared Roman governor of the place called Judea.

Remember who the Roman governor is?  Pontius…[wait for congregation to respond] Pilate.

The man entering Jerusalem from the east, from the Mount of Olives, is met with waving palm branches, singing and dancing.  He rides a donkey, or a colt.

— Hang on a moment!  Anybody here ever ridden a donkey?

Did you feel high and mighty when riding that donkey?

I know when I have ridden a donkey I feel [when I have seen someone riding a donkey they look ] a little foolish, a little vulnerable.  But here comes a so-called King, humbly riding a…[wait for congregation to respond] donkey.

This is the King of the Jews from a place called Nazareth.

Two men.  Two leaders.  But, oh so different, one from the other.

entering Jerusalem from the west [signify].

And Jesus – Humble, hopeful, joyful  —  entering from the east.

Let us join that eastern procession and our roving reporter with his camera crew.

Insert the complete drama at this point.    Sunday Morning Live

Ride on! Ride on in majesty!

In lowly pomp ride on to die.

Indeed, he will change our world, he IS changing our world,

but not in ways or with means that we expect.

Jesus beckons to his followers, then and now, to serve the Eternal One with gladness,

to bring good news to the poor, to bring sight to the blind,

to bring liberty to the oppressed, and to proclaim the year of the God’s favour.

May he enter our cities and our lives today.

we are taken by surprise at each Palm Sunday parade.

We so want Jesus to be powerful, a ruler who will smite the world of all evil,

and make all things good and easy for us.

Rather, he comes in humility to serve,

and calls us to have the strength to be humble servants.

Hosanna, save us from ourselves, that we might be the best we can be.

In the words of St Francis,

“Make us instruments of your peace.

Where there is hatred, let us sow love;

where there is injury, pardon;

where there is doubt, faith;

where there is despair, hope;

where there is darkness, light;

where there is sadness, joy.

grant that we may not so much seek to be consoled as to console;

to be understood as to understand;

to be loved as to love;

For it is in giving that we receive;

it is in pardoning that we are pardoned;

it is in dying that we are born again to eternal life.”

Show us the Way this Holy Week, Eternal One. Amen.

*Ron VandenBurg plans and develops projects specifically for the spiritual formation of children.  He has written numerous Christian-theme dramas which are posted on the Dramatix website . A member of Jubilee Christian Reformed Church in St. Catharines, Ontario, Canada, Ron has been Senior Producer of Kids Corner since 2014.

The original script can be read here.

Mary Monologues. By Ron VandenBurg, based on the play “Song of Mary”, by John McNeil …..

by Ron VandenBurg. Summary. A news reporter attempting to report the entry of Jesus into Jerusalem keeps getting interrupted by …

‘Sheep and Goats’, a monologue by Ron VandenBurg based on Matthew 25:31-46, in which the narrator ponders what qualifies a person …

Paul sends an email to his friends, telling them of his experiences among the Athenians. (Author: Ron VandenBurg). Matthew’s Taxing Time. Dur: 7min.

You can be so busy “doing evangelism” that you don’t evangelise. This script asks, what is evangelism? (Author: Ron VandenBurg). I Am The Way. Dur: 7min.

Gotta Have It : Customers fight over the latest Christmas fads in this satire. Points up how consumerism has taken over. (Author: Ron VandenBurg). 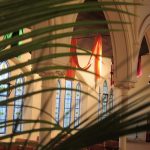 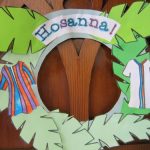 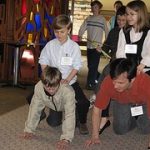