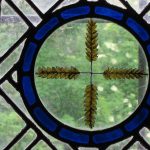 Chemical warfare in Syria and the bombs targeted in response by the United States of America, led to this reflection.

The Empire Feeds
Cold and dark clamp down on us.
The Empire feeds itself,
human bodies as fuel,
boots tracking blood.
Rachel weeping for her children,
we’ve heard it before.
The man with the megaphone doesn’t care.
The emperor has spoken.
Only the most fragile voice
cries out for hope.
The gentle bear it,
weeping in our language.
Always the target,
amid the smoke and carnage,
the fallen stones,
the ruined toddlers,
the Beloved stands,
a little tree –
who planted you here? –
offering fruit to anyone,
blood-red and life giving,
arms outstretched,
quietly crying,
“Fear not; it is I.”


Steve Garnaas-Holmes posts daily prayers and reflections at Unfolding Light:  “a daily reflection rooted in a contemplative, Creation-centered spirituality, often inspired by my daily walk in the woods. In poems, parables, psalms, thoughts and the odd weather report I hope to invite readers into a spirit of presence, compassion, justice and delight. Though these writings are rooted in the Christian story you’ll hear in them melodies of many traditions. Unfolding Light is for anyone who wants to be a part of God’s healing of the world.” 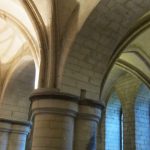 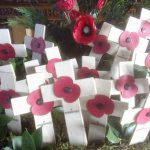 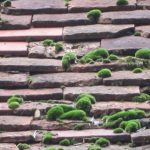