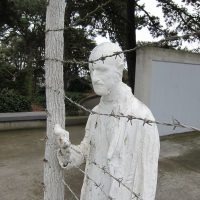 …lest we forget Observances around the World Different countries observe Holocaust Memorial Day on different days. Many countries have adopted 27 January, the date designated by the United Nations as International Holocaust Memorial Day. Auschwitz-Birkenau, the largest Nazi concentration and death camp, was liberated by Soviet troops on 27 January in 1945. The UK has adopted this date, […]