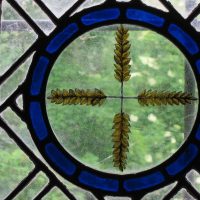 Chemical warfare in Syria and the bombs targeted in response by the United States of America, led to this reflection.   The Empire Feeds Cold and dark clamp down on us. The Empire feeds itself, human bodies as fuel, boots tracking blood. Rachel weeping for her children, we’ve heard it before. The man with the megaphone doesn’t […]