Our words carry with them the power to make something real. 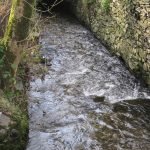 Liturgy is like a stream that came from before us and will continue after us.

A plethora of liturgical resources both printed and on the internet exists, yet resources that are intentionally inclusive, open-minded and of the Progressive Christian perspective are not always easy to find.  WorshipWords attempts to network writers and users across time and space and provide a place to share progressive prayers, songs and liturgies with others.

Thoughtful, inspiring and modern services for the rituals of faith and significant days in the calendar year are being written by religious practitioners every day.  All of us who write for worship are part of ‘the modern liturgical movement’ which is usually considered to stretch from 1600 to 2000.  Let’s extend that movement into the 21st century and around the globe!

Accept the invitation to both write and network liturgical and worship resources nestled in your files and tucked away in books.   Let’s share what we have written with one another.

When our liturgy is truly liberated it will no longer bend to the tyranny of tradition nor the rule of church law. Neither will it bend to the tyranny of change-for-change’s-sake nor weaken due to a perceived ‘need’ for change.  Liberated Liturgy will reflect a freedom to use authentic, grounded and progressive words whether they are traditional or new-age, progressive or retro.  Liberated Liturgy will soar unfettered and will stand solid on a foundation of deep roots.

Who sets the rules? the bounds? the limits?

The one who speaks truth into being.  The one who expresses the reality of mystery and the comfort of ambiguity. The one who touches the divine with words spoken and silent.
Back to top

Thoughts on liturgy (for you academics out there) ... 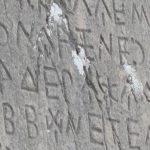 “Liturgical theology reflects upon the meanings which believers, past and present, have associated with their worship traditions. Thus it studies the whole phenomenon of Christian worship, in both its historical manifestations and its contemporary realisations, attempting to articulate its theological content. In so doing, liturgical theology attends to what Christians believe to be happening in their common prayer and sacraments (sacramental theology) and to the ways in which the worship tradition itself interacts within the broader language of Christian faith and practice (historical and systematic theology).

“Ritual studies rest on the premise that liturgy is an event, an act posited by faithful believers. Consequently, ritual studies examine the production of human meaning in liturgical celebration, while attending to the social and cultural contexts in which worship takes place. If liturgical history stresses the diachronic development of rites, ritual studies emphasize the synchronic dimension of worship.

“The employment of pertinent research in the human sciences (e.g., anthropology, sociology, psychology) allows for study of ritual engagement in personal and social life—a substratum for a detailed perusal of the liturgical act as a phenomenon in which the various “languages” of worship conspire in ritual enactment. Temporal and spatial languages are treated as the symbolic backdrop for worship. Ritual studies also attend to other ritual languages, e.g., the acoustic, verbal (linguistic and mythic), gestural, aesthetic, and symbolic, as well as their interaction, as significant systems of the communication of meaning.”
— Liturgical Studies at  Notre Dame University, Indiana USA 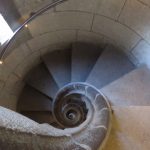 
First, the intrinsic interrelationship of Old and New Testament; without the connection to the Old Testament heritage, the Christian liturgy is incomprehensible. The second circle is the relationship to the religions of the world. The third circle is the cosmic character of the liturgy, which is more than the coming together of a circle of people: the liturgy is celebrated in the expanse of the cosmos, encompassing creation and history at the same time.

Professor Adrian Thatcher advocates usage of gender-inclusive language. For him, this can include appropriate and thoughtful use of gender-specific language which does not privilege men over women.  In a 36-page booklet entitled “Gender Inclusive language and Worship” produced by Modern Church, Adrian provides practical suggestions for church groups committed to creating inclusive worship experience. Click on the booklet’s title to access a free download option.

Adrian’s booklet is recommended by  the Progressive Christian Network in Britain. 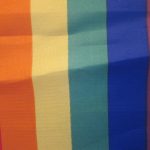 Pamela Payne Allen wrote the article, “Taking the next step in Inclusive Language” for The Christian Century in 1986.  This was in the same period that the hymn writers,Brian Wren and Frank Birch Brown, were introducing our congregations to fully inclusive lyrics. Thirty years later, with the majority of our churches continuing to use male-dominated language in worship, a fresh read of Allen’s article can raise the persistent and critical ‘cry in the wilderness’ as she provides important concerns and suggestions for worship leaders committed to inclusive language in worship.

Allen’s article opens with words that could be written today:

“We like to think that we’ve made much progress in the pilgrimage toward inclusiveness. Liturgies and hymns are now frequently shorn of generic male references to humankind, and imperialistic stances toward mission have been discarded.

“Though these are positive steps, it would be premature to conclude that we have achieved inclusiveness. True inclusiveness means more than changing words; it means exploring images of God based upon the experience of oppressed peoples. In our context, that means exploring the rich possibilities of feminine imagery, as well as drawing on liturgy and song written by, and in response to, black Americans and peoples of the Third World. For the sake of justice, and for an accurate representation of God’s self-giving, such imagery is essential.”  Read the full article.

Inclusive language -- a definition from Tasmania

from ‘Guidelines for Inclusive Language‘ published by the Department of Education in Tasmania, Australia. 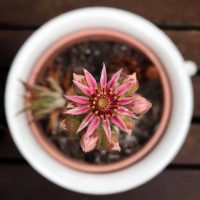 God is not a she…not a he — Brian Wren 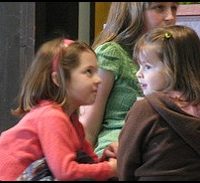 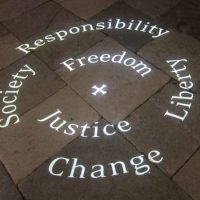 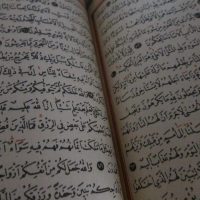 Words will out — Raymond Guy, UK 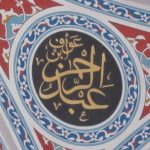 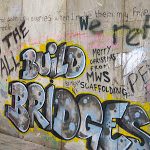