God is not a she, God is not a he,
God is not an it
or a maybe.
God is a moving,
loving, doing,
knowing, growing
mystery.

From The Song of Three Children, libretto copyright © Brian Wren, 1986, copied from the article “Taking the Next Step in Inclusive Language” by Pamela Payne Allen which first appeared in the Christian Century, April 23, 1986, p. 410.

“A major part of Wren’s work has been with inclusive language as well. In 1978, he began to look more closely at ‘he-man language’ and began using language inclusive of women and oppressed or subordinate groups in his hymns. He has since sought to challenge the church to adopt this inclusive mindset. He writes that the vocation of a poet in the church is to not only ‘to write poems of faith which people will pick up and sing,’ but to also ‘speak truth by stepping beyond the church’s limits of comfort and convention’. — from Wikipedia and  “Poet of Faith: An Interview with Brian Wren”. reformedworship.org. 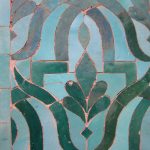 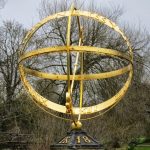 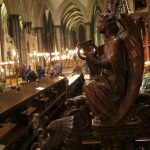